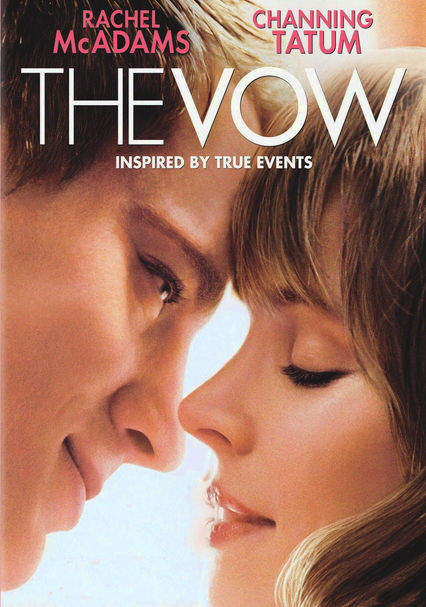 2012 PG-13 1h 44m Blu-ray / DVD
Rachel McAdams stars in this romantic drama about a newlywed woman who slips into a coma after a car accident and awakens with amnesia. Her devoted husband must help her recover and also win back her love.

Parents need to know that this true story-inspired emotional drama, which is cut from the same cloth as the very romantic The Notebook, also stars Rachel McAdams (here she plays a young artist who wakes up from a coma with absolutely no idea that she's happily married to Channing Tatum). It's a tearjerker that deals with some heavy material, including family estrangement, infidelity, divorce, loss, and identity. Expect sexual innuendo, kissing and making out, and partial nudity (a man's backside), as well as some swearing ("s--t," etc.) and social drinking. The sexual content is presented within the context of a couple's deep love for each other.

A man's naked backside is glimpsed; but even more frequently on display are his pectorals, since he often appears shirtless. A woman strips to her underwear to jump into a lake. Some kissing and making out. A couple is shown entwined under a sheet; they're presumably naked underneath.

A pivotal car crash sends one main character through a windshield, with glass breaking and serious injury. One guy punches another. Some yelling.

The movie's main messages are that we should accept everything that comes our way and try to take it in stride and that love can conquer all (even if "all" includes extreme amnesia and strong parental opposition). Also, if you love someone, set them free. If it's meant to be, it will be.

Some social drinking at parties and restaurants.