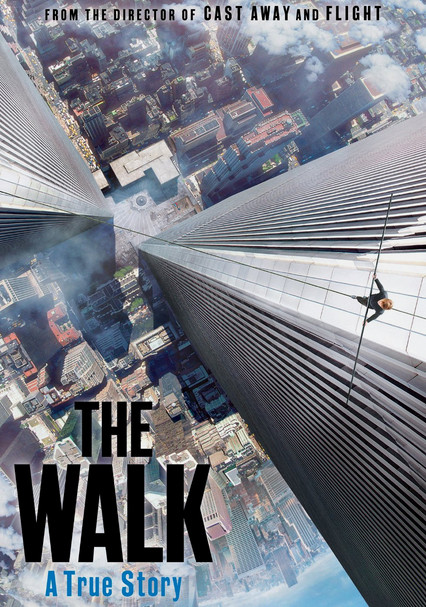 2015 PG 2h 3m Blu-ray / DVD
In 1974, French aerialist Philippe Petit made headlines worldwide with his daring high-wire walk between the twin towers of the World Trade Center. This elevating drama recalls the unauthorized and unforgettable feat pulled off by Petit and his team.

Parents need to know that The Walk is a fact-based drama based on the story of Philippe Petit, which was also told in the Oscar-winning 2008 documentary Man on Wire. (See also the children's book The Man Who Walked Between the Towers.) Expect intense, exhilarating, heart-stopping peril during the movie's second half -- when Petit (played by Joseph Gordon-Levitt) carries out his dream of walking on a wire stretched between the towers of the World Trade Center -- which may be too much for younger kids. There are also brief references to/jokes about pot-smoking, as well as some social smoking and drinking. Language includes a few uses of "s--t," plus "bastard," "goddamn," etc. The main character briefly appears naked, from far away, with only his bottom clearly shown. There's a bit of flirting and kissing, as well as some arguing and shouting. Petit painfully steps on a nail, which causes a bloody wound. Overall, Petit's dedication to his dream is inspiring, even though the danger (and illegality) of pursuing it doesn't exactly make him a perfect role model.

Intense, heart-stopping, breath-holding peril. Some shouting and/or arguing. Stepping on a nail. Bloody wound on foot. Chewing on a candy, sound of a breaking tooth, yelping in pain.

Even though Petit's dream is both dangerous and illegal, it's still his dream, and he pursues it with a clear-headed dedication and purity.

Secondary characters appear to be smoking pot (played for laughs). Background smoking, brief social drinking. Reference to "being on drugs."