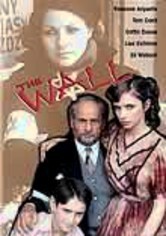 1982 UR 2h 15m DVD
Faced with the grim inevitability of being shipped to Nazi death camps and exterminated, a brave handful of Polish Jews doggedly held off thousands of German soldiers in the historic 1943 Warsaw Ghetto uprising. Told through the eyes of Dolek Benson (Tom Conti), a newcomer to the resistance movement, this heart-wrenching yet inspiring drama boasts a top-notch cast, including Rachel Roberts, Eli Wallach, Rosanna Arquette and Dianne Wiest.

Genres
Drama, Dramas Based on the Book, Made-for-TV Movies, CBS