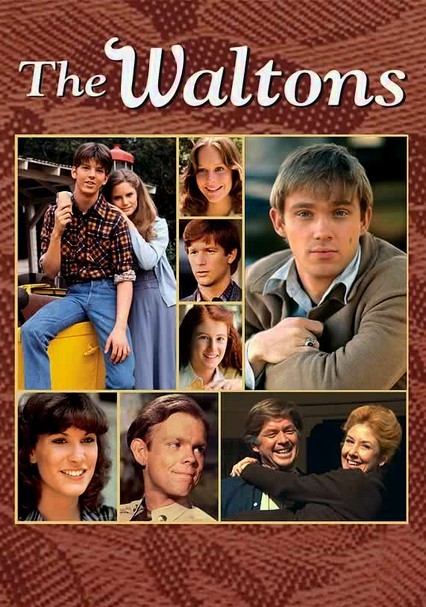 1972 TV-G 1 season
A spinoff from the Hallmark Hall of Fame television special "The Homecoming," "The Waltons" debuted on CBS in 1972. Folksy and homespun, it's the true story of a large, close-knit family living on Walton's Mountain during the Great Depression. John Boy (Richard Thomas), an aspiring writer who makes his way through college and into adulthood during the series' nine seasons, is the fulcrum through which many of the stories are told.

Small-town family values take center stage in this beloved 1970s drama, set in Virginia's Blue Ridge Mountains during the Great Depression. In the show's third season, John Boy (Richard Thomas) enters the family mule in race to win the affections of a woman. Meanwhile, Mary Ellen (Judy Norton-Taylor) and Erin (Mary Beth McDonough) buy a purse at a dance, only to discover a ring hidden inside of it.

Parents need to know that this classic, long-running drama series is based on a book by Earl Hamner, Jr., who used his own upbringing in rural Virginia as inspiration for the characters and storylines. The show focuses on a large extended family living in a small community during the Depression and World War II and offers a glimpse at how people coped with the time's turbulent changes. There's little content here likely to raise eyebrows, and life lessons abound in every episode, making it a wonderful choice for family viewing with kids who can grasp the timely worldly events.

When the plot calls for it, there are shots of army training or war scenes involving weapons. For example, in one, soldiers prepare for battle by stabbing a stuffed gunnysack with a bayonet on a rifle. Other injuries are rare, but when they occur, they do result in realistic consequences (broken bones, cuts, scrapes).

Parents and grandparents are loving and patient and encourage their kids to express themselves and make wise decisions. The strong extended family exhibits love for each other and reliance on their community. Morals and values are high among the main characters. African-American characters are treated with respect. Men and women tend to have predictable, gender-based roles, but it's mostly accurate to the time period.