The War Zone: The Ultimate Evil: The Occult History of the Third Reich 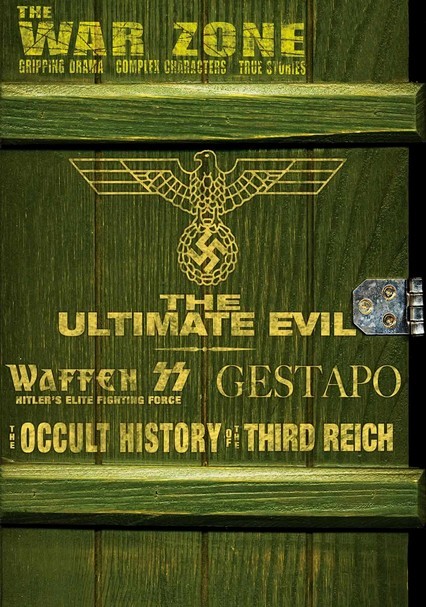 The War Zone: The Ultimate Evil: The Occult History of the Third Reich

2008 NR 2 discs
Step behind the treachery of the Third Reich to learn the peculiar mix of beliefs at the core of Hitler's Nazi movement. Rare archival footage sheds new light on this strange and horrific chapter of 20th-century history. This absorbing documentary is one of four parts of the Ultimate Evil collection, which chronicles various aspects of Hitler and the Nazi party's infamous deeds throughout Europe and beyond.