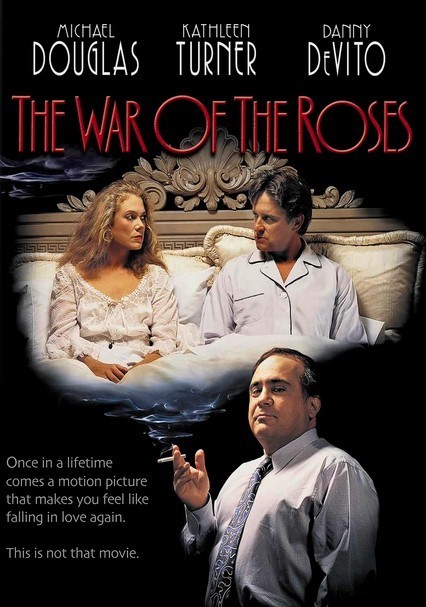 1989 R 1h 56m DVD
Danny DeVito directs and co-stars in this explosive portrayal of a 17-year marriage gone wrong. Oliver (Michael Douglas) and Barbara (Kathleen Turner) Rose are calling it quits as a couple, but neither wants to give up ownership of their house. Instead of going about an amicable negotiation, they declare all-out war on each other, with alternately hilarious and horrifying results. Sean Astin and Heather Fairfield co-star as their neglected children.