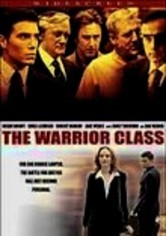 2004 NR 1h 50m DVD
Novice lawyer Alec Brno (Anson Mount) finds himself thrust into the world of organized crime after he tries to expose a massive oil scam run by a psychotic mob kingpin (Jake Weber). But when Alec falls for his prime witness (Erica Leerhsen) -- an unpredictable junkie who happens to be the gangster's wife -- their romance threatens Alec's case and his career. The supporting cast includes Jamey Sheridan, Dan Hedaya and Robert Vaughn.