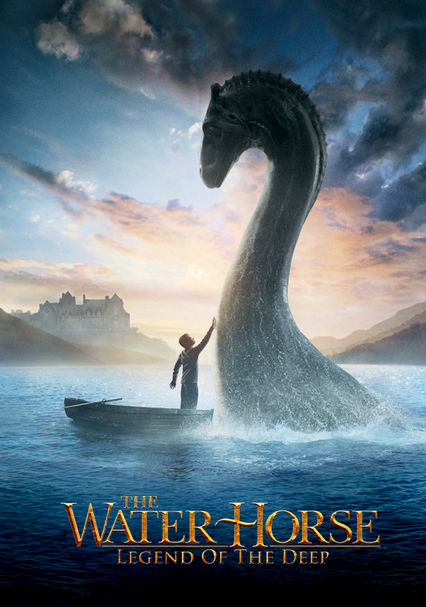 2007 PG 1h 52m DVD
Young Angus MacMorrow watches in awe as the mysterious egg he found on the shores of a nearby loch hatches into something incredible. But how long can he keep his ever-growing secret from his mom -- and an increasingly concerned Scottish government?

Parents need to know that this adaptation of the popular book by Babe author Dick King-Smith has a very different plotline than the original story, escalating the violence within the WWII-era setting. The monster becomes truly dangerous when fully grown (in an old-school King Kong way), lashing out at people with snapping jaws -- which leads the British soldiers to open fire on it. But it's still a kid-friendly film overall.

Soldiers bombard the monster with artillery and shoot at it with rifles. The beast threatens the humans right back, with its snapping jaws and enormous strength. The monster kills/eats a bullying bulldog (off screen). A fistfight between two men.

Young Angus is depicted as a sensitive, nature-loving boy with something of a wistful streak (he either truly doesn't know or pretends he doesn't know that his father is dead). His character is contrasted to the British military men, who pretend to represent discipline and gallantry but come off mainly as bullies. In the book, the whole family knew the secret of the water horse and cooperated to keep it; here, only Angus, his sister, and a rebellious Scottish ex-soldier conspire to hide the monster. There are references to centuries-old bad feelings between the Scots and the British.

A built-in promo for the book by Dick King-Smith -- but that's the kind of promotion that might actually benefit kids.

Social drinking and smoking at a banquet and a local pub.