The Watsons Go to Birmingham 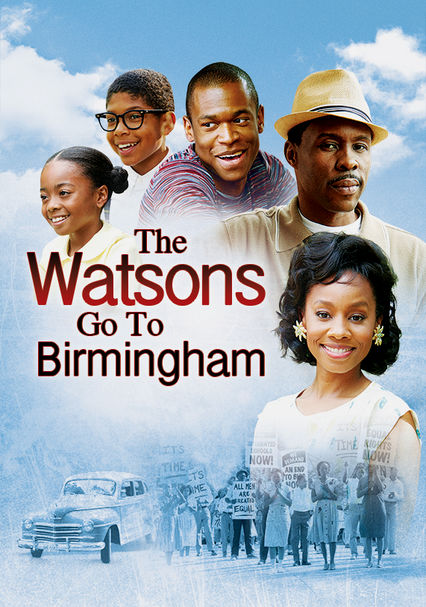 The Watsons Go to Birmingham

2013 PG 1h 26m DVD
It's the summer of 1963, and an ordinary African-American family sets out on a road trip to Alabama in this drama based on a best-selling novel. The entire family is moved by the racially charged violence that they witness on their journey.

Parents need to know that The Watsons Go to Birmingham tells the story of an African-American family who visits Birmingham, Alabama in the midst of the civil rights struggle. While the warm, relatable family drama will bring the Civil Rights era to life for families, parents should know that the Birmingham church bombing is depicted, and one main character nearly loses her life. This scene, along with depictions of period-accurate racism and discrimination, could be disturbing to some kids, but could also be a great conversation starter.

A few characters engage in mild fighting: pushing, shoving. Near the end of the film there is a very violent bombing in which children are killed; we hear about the deaths and onscreen see people screaming, smoke, and a child's foot chillingly protruding from rubble. One character is in mortal jeopardy but survives. In another scene, a child whose lips have frozen to a car window is forcibly pulled away.

A few insults: "You better shut your stupid mouth."

Family love and unity, caring for one's siblings and loved ones, and racial equality are all stressed, implicitly and explicitly.

This television movie is based on a book; viewers may want to read the book.