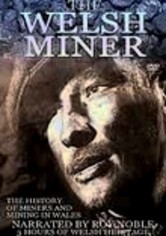 2007 NR 1h 30m DVD
From Wales's first coal mines in the 1600s to the labor strikes of the 20th century, this documentary covers more than 300 years of Welsh mining history. Interviews with miners and archival photos and footage help chronicle a range of issues, from union troubles to deindustrialization. Narrated by Roy Noble, this fascinating look at an industry that shaped a nation draws comparisons to mining enterprises in the United States and beyond.