The Whitest Kids U' Know 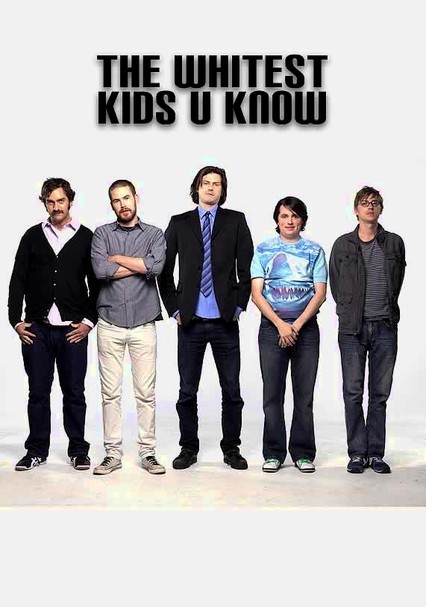 The Whitest Kids U' Know

In the first season of this laugh-out-loud series, the Whitest Kids U' Know comedy troupe turns out a collection of colorful sketches, including a look at the darker side of Abraham Lincoln and an unconventional rap by Adolf Hitler. New York funnymen Trevor Moore, Sam Brown, Zach Cregger and the gang also show one man's simple attempt to shuffle his iPod (with disastrous results), a frustrated demon on Ouija board duty and more.

Trevor Moore, Zach Cregger and the rest of the Whitest Kids U' Know comedy crew offer up a host of even more outrageous skits as they move to the uncensored environment of the Independent Film Channel in their second season. A certain body part becomes increasingly uncooperative in "Sam's Nut," and Trevor recounts getting high with dinosaurs in "Dino Rap." Catch up with Weird the Stripper, Instant Karma Bigot and many other questionable characters.

Parents need to know that this sketch comedy series finds humor in extreme violence and explicit sexual situations. Expect plenty of references to sex using both words and gestures; many skits also feature graphic and gory violence, including impalements, stabbings, shootings, exploding heads, and more. The amount of swearing varies by skit -- some have virtually none, while others are filled with bleeps. There are also some references to drugs and drinking. Older teens might find it all funny, but younger kids won't get the jokes and are likely to be put off by the content.

No nudity or explicit sex, but plenty of the skits feature strong innuendo and references to sex, and some show people in their underwear.

Some skits/sequences feature graphic violence. Though they're all played for laughs, the gore factor can be quite high (impalements, exploding body parts, stabbings, etc.).

The series glorifies bitterness and hostility and tries to draw laughs from behavior like sexism, prejudice, and violence. It's all played for humor (and some of it could be seen as being a commentary on the same issues it plays off of), but it's pretty edgy.

Some references to drinking and drugs. Some skits portray characters as being drunk or otherwise altered.