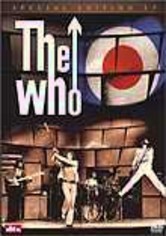 2003 NR 1h 10m DVD
The songwriting talent of Pete Townshend and the musical power of The Who have made them rock legends whose career has spanned several decades. This "extended play" video captures The Who performing several hits live in concert between 1967 and 1969. Also includes a jukebox feature, which lets the viewer select audio-video samples by other artists.

Cast
The Who, Pete Townshend