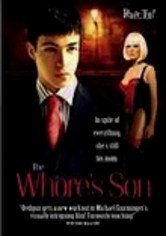 2004 NR 1h 26m DVD
For 16 years, young Ozren has believed his mother's story that she doesn't come home at night because she's working hard as a waitress. But then one day he learns the truth: She's a prostitute, and he's the son of a whore. Set in Vienna in the early 1990s, this coming-of-age drama tracks Ozren's journey of self-discovery as he copes with his seemingly loss of innocence. Michael Sturminger directs.