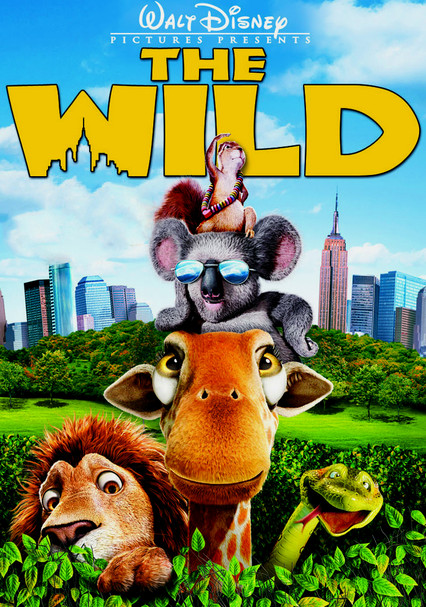 2006 G 1h 22m DVD
When a clerical error sends a teenage lion to the wilds of Africa, five zoo animals launch a mission to bring him back home in this animated adventure. But before they can get off the continent, they'll have to conquer the concrete jungle.

Parents need to know that film includes some scenes where the lion cub is frightened by noises, darkness, and a storm at sea. The primary villains are hostile, shadowy wildebeests who perform "African" ritual dances and chants, with comic choreography, and announce an intention to seize power by becoming "predators" and "carnivores." Their efforts to eat the other characters lead to a conflict. The wildebeests live in a volcano cave, so lighting is red and fiery; eventually the volcano explodes and the friends barely escape (some tension created). A squirrel with a crush on a female giraffe makes a couple of sexual references (he rides a goose "bareback" and uses this moment to make a sexual advance toward her; he considers his size in comparison to the giraffe). The father lion lies to his son about his own past, and must eventually confess and be forgiven. Characters are stereotyped by nationality or ethnicity: a Canadian goose says "Eh"; an "East Indian" pigeon speaks with accent and dances as if in a Bollywood movie; a British koala bear is snobbish.

Some phrases might catch children's attention ("I've got popcorn up my bum," "olfactory insult").

Father learns his lifetime of lying to son is not good; son learns to appreciate father; all the animal friends pull together to rescue the cub; the wildebeests, however, are scary soldiers and thugs until the very end. Some stereotypes.