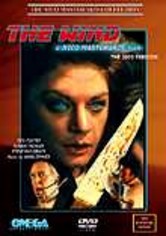 1987 NR 1h 52m DVD
When American mystery novelist Sian Anderson (Meg Foster) rents a house on an isolated, windswept Greek isle, she soon discovers that the estate's owner has been murdered -- and that she might be next on the killer's list. Can she elude the madman stalking her across the island until help arrives from the mainland? Wings Hauser, Steve Railsback and David McCallum also star in this thriller helmed by Nico Mastorakis.