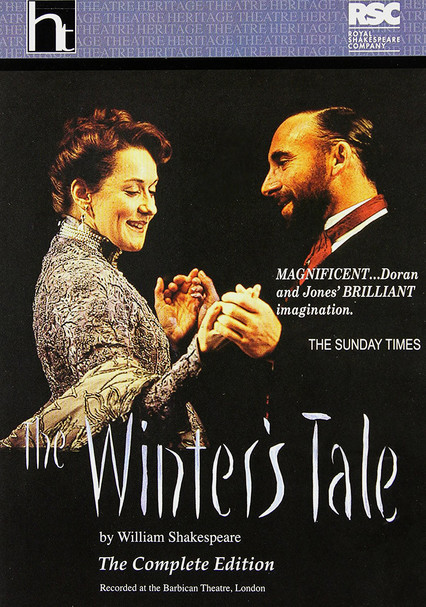 1998 NR 2h 50m DVD
Extolled by critics and played to packed houses, this Royal Shakespeare Company production of the bard's classic tragicomedy was filmed in 1999 at London's Barbican Theatre. Believing his wife, Hermione (Alexandra Gilbreath), guilty of infidelity with his friend Polixenes (Ken Bones), King Leontes (Antony Sher) persecutes his queen and ruins the lives of those closest to him. But as the years pass, Leontes atones and is given a second chance.