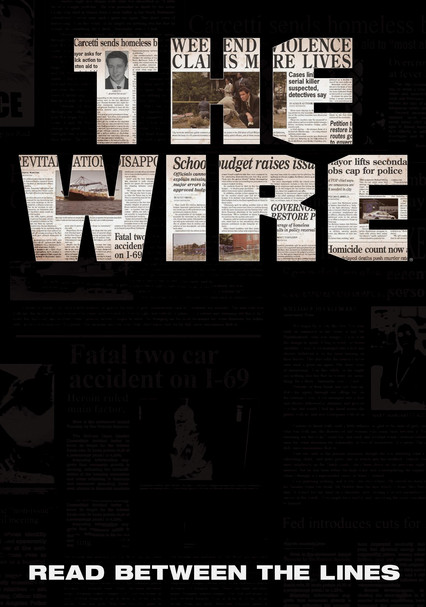 2003 TV-MA 5 seasons
Widely considered one of the finest-written dramas ever to appear on television, "The Wire" explores the personalities embroiled in Baltimore's underground drug trade. Each season focuses on a different aspect of this small American city grappling with its vices, from the longshoremen on the docks, to the cops, journalists and politicians who all have so much to lose. Dominic West and Lance Reddick anchor the expansive cast.

Creator David Simon's gritty drama takes an unflinching look at Baltimore's drug culture, through the eyes of both the dealers and the police. Season 1 follows the investigation of a violent drug-dealing crew known as the Barksdale Organization.

In the third season of this riveting HBO crime series about the intricacies of Baltimore's drug trade, local politics ratchet up the pressure as candidates run on the narcotics issue and make it the center of the election season. The business may be drugs, but it's still work for the family that rules the trade -- and tracking them down is all in a day's work for the cops tasked with nabbing the family members one by one.

Examining each link in the drug "food chain," this innovative HBO drama set in the thick of inner-city Baltimore includes everyone from junkies and dealers to cops and politicians, and earned multiple Emmy nods for its writing. While the third season focused on the investigation of drug kingpin Avon Barksdale (Wood Harris), the show expands to tackle the urban education system's role in fueling the proliferation of drugs.

The media's impact on Baltimore is addressed and previous seasons' story lines coalesce in this gritty fifth and final season of the critically acclaimed, award-winning cop series centered on the work of Det. McNulty (Dominic West), Lt. Daniels (Lance Reddick) and Det. Moreland (Wendell Pierce). "Wire" creator David Simon's perception of journalistic integrity is evident, as these episodes are inspired by his years working at The Baltimore Sun.