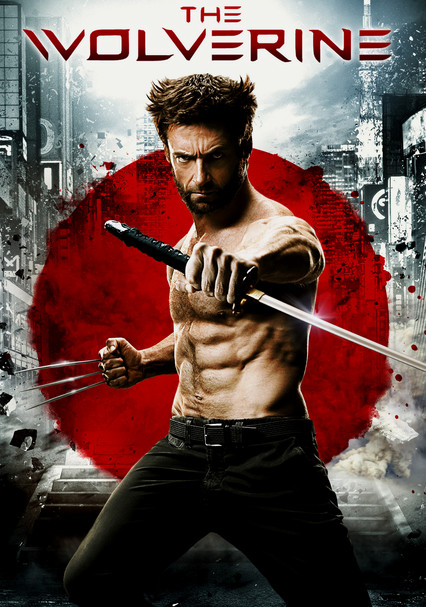 2013 PG-13 2h 6m Blu-ray / DVD
Wolverine travels to modern-day Japan in this kaleidoscopic epic based on the Marvel Comics character. Vulnerable for the first time and pushed to his limits, Logan confronts lethal samurai steel and his inner struggle against his own immortality.

Parents need to know that The Wolverine is a fascinating look at the iconic X-Men character and how his past intersects with his present. It's a bleak journey that's often punctuated with violence -- the action scenes are ferocious and vicious, with weapons (guns, knives, arrows, claws, and more), explosions, and bloody hand-to-hand combat -- and some melancholy. Expect some swearing ("s--t" and one use of "f--k"), a bit of drinking, and some romance (one scene shows three underwear-clad characters kissing each other) between the unrelenting action sequences.

Some kissing and flirting. A couple is shown presumably after having sex, under covers cuddling together. A man is shown with two women at a private rendezvous, all of them kissing and in their underwear. A villain wears very revealing clothes and sometimes attacks her enemies with a passionate kiss that turns dangerous.

Lots of action violence in scene after scene, many of which involve knives, swords, and guns. Wolverine has metal claws that slash at his enemies, maiming and killing them. Soldiers gut themselves and others, and ninjas wield swords and engage in brutal hand-to-hand combat. Many, but not all, of the scenes are bloody and are accompanied by bone-crunching sounds. A massive explosion decimates the land in the first 10 minutes of the movie. A villain attacks by injecting venom in others; their skin turns yellow and blistery. Attackers shoot arrows into victims, and they're shown staggering around.

There's no shame in wanting to defend those who are disenfranchised and disempowered. And if you're made for that mission, you shouldn't -- and possibly can't -- avoid it.

Coors, Molson Canadian, and Audi make notable appearances. There are off-screen marketing/promotional tie-ins as well, with Adidas and other brands.

A man drinks whisky alone to blast away his loneliness. Some drinking in bars and at parties.