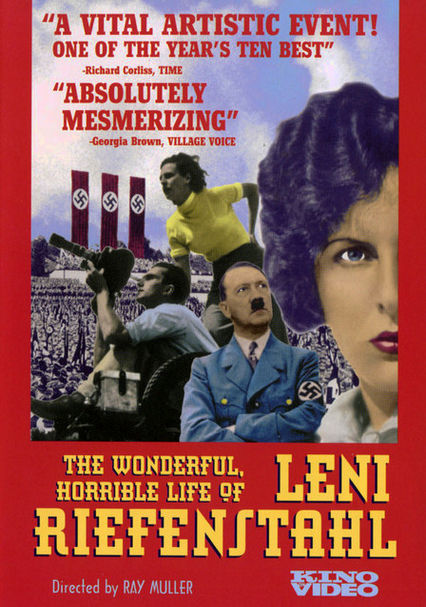 1993 NR 3h 8m DVD
By directing propaganda films such as Triumph of the Will for Adolf Hitler and his Nazi party, Leni Riefenstahl became one of the most controversial filmmakers of all time. This engrossing documentary explores her legacy and association with Hitler. Riefenstahl, who at various points in her life was also a dancer, actress and photographer, defends herself and her actions, making no apology for her glorification of the loathsome German leader.