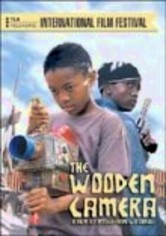 2003 NR 1h 45m DVD
Jean-Pierre Cassel stars in this engrossing drama about two friends, Madiba and Sipho, whose lives are changed forever after they chance upon the body of a dead man and decide to make off with two of his belongings. Madiba chooses the man's video camera, while Sipho picks his gun. Their choices appear to signal the decisions they'll make in near the future: Madiba becomes the observer, while Sipho aggressively stalks the world.