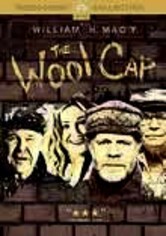 2004 PG-13 1h 30m DVD
This television movie, a remake of the 1962 Jackie Gleason film Gigot, stars William H. Macy as Charles Gigot, the mute superintendent of a run-down apartment building who solemnly goes about his daily work. But his life changes when a woman leaves her daughter, Lou (Keke Palmer), with him, asking him to look after her. When it appears that Lou has been abandoned, Gigot reluctantly becomes her guardian and the two soon form an unusual bond.