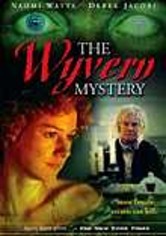 2000 NR 1h 59m DVD
Adapted from a 19th century gothic thriller by J.S. Le Fanu, this chilling British miniseries stars Naomi Watts as Alice Maybell, an orphan taken in by Squire Fairchild (Derek Jacobi) after he caused her father's death. As Alice blooms into womanhood, her lecherous guardian sees her as a potential mate and tries to force her into marriage. Instead, she elopes with his son Charles (Iain Glen) and settles at his remote estate ... where horror awaits.