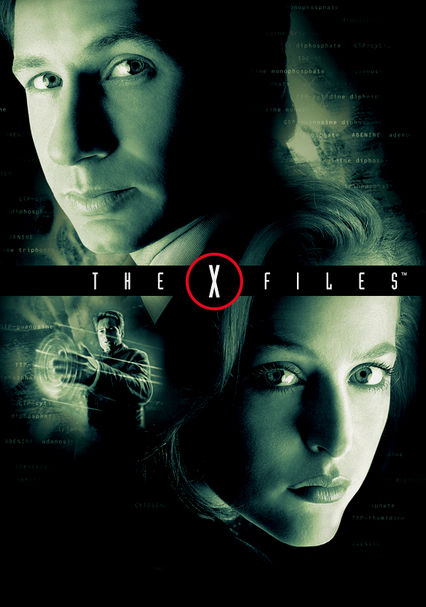 1993 TV-14 4 seasons
Tracing both their personal and professional lives, this award-winning Fox series centers on FBI agents Scully, a skeptic, and Mulder, a believer, and their efforts to uncover a government conspiracy to hide evidence of extraterrestrial activity.

The truth is out there ... and the search begins as FBI special agents Fox Mulder (David Duchovny) and Dana Scully (Gillian Anderson) team up to solve mysterious cases involving the paranormal. From investigations of aliens among us to their own personal demons, the first season of this multiple Emmy Award-winning sci-fi series from Chris Carter shows how it all began.

Cover-ups abound as FBI agents Fox Mulder (David Duchovny) and Dana Scully (Gillian Anderson) delve deeper into the mysteries of paranormal activity in our midst. From big-time bureaucrats who won't talk to small-town folks who won't even open their doors, Mulder and Scully have their work cut out for them as they attempt to save the world, one thrilling mystery at a time.

The conspiracies continue to deepen, with original storylines just as sharp and intriguing as the three previous seasons. Join FBI agents Fox Mulder (David Duchovny) and Dana Scully (Gillian Anderson) as they tackle the mysterious and the paranormal among us. Nothing is as it seems and no one can be trusted – sometimes not even each other – when they face the dark mysteries of the universe.

Parents need to know that this dark sci-fi drama can be very scary at times, sometimes depicting monsters, deformed humans, disturbing scenarios, and violent acts. The show's mythology centers on government conspiracy, cover-ups, and the possibility of alien abductions. Younger viewers may be frightened by the possibility of abduction and scared by the often-graphic images of slimy creatures and the constant, tension-building entrances into dark holes, pits, and sewers.

Some sexual tension between main characters, and some episodes deal with sexuality on a variety of levels (an alien shape-shifts from male to female after having sex, for example) while others don't address it at all. Rare allusions to unusual sexual practices, such as inbreeding.

Most episodes have scary elements, some with gruesome creatures and behavior. Some episodes include strong violence, including stabbings, gunfights, and physical violence -- some very graphic.

The show deals with a vast conspiracy of lies and cover-ups and alludes to the real-life corruptibility of government. Scully and Mulder often break the law to get the information they're looking for. However, the partners treat each other with care and kindness even if they often disagree.