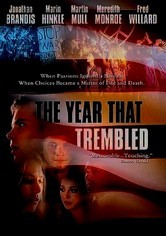 2002 R 1h 45m DVD
High school seniors Casey (Jonathan Brandis), Hairball (Charlie Finn) and Phil (Sean Nelson) are among the student population of America who are caught up in anti-Vietnam War sentiments in this drama set in 1970. Expecting to further their protest of the war into their college years, the boys instead await the upcoming "lottery day," in which they could be propelled directly into the war to which they're so fervently opposed.