The Year Without a Santa Claus 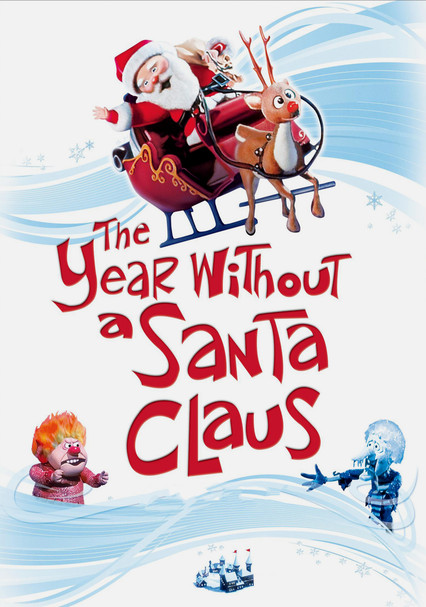 The Year Without a Santa Claus

1974 NR 0h 51m DVD
This Christmas, visions of sitting by the fireside dance in Santa's head. Tired of a world where children have lost the Christmas spirit, Santa decides to sit out the Yuletide. Can Mrs. Claus and the elves convince Santa to load up his sleigh? Produced and directed by Jules Bass and Arthur Rankin Jr. (Rudolph the Red Nosed Reindeer), this stop-motion animation holiday television special is fun for the whole family.

Parents need to know that the Santa Claus in this made-for-TV movie is discouraged by the increasing materialism of Christmas and his belief that no one believes in him anymore, which makes him awfully grumpy for most of the movie and causes him to lash out verbally at others a few times. The humor here is mostly based in the characters' quirky personalities (like a head elf just itching for his chance to step out of Santa's shadow), so little kids will probably miss a lot of it. Families looking for a show filled with jolly elves, Christmas tunes, festive decor, and lots of holiday spirit won't find much of that here.

Some females are scantily clad.

Some mild comic fighting, including a playful boxing match between brothers where a few characters get knocked around, but there's no lasting injury.

The show uses extreme examples to poke fun at the materialism of Christmas. Santa is stern and grumpy throughout most of the movie. The religious aspect of Christmas is absent from the plot.

Many scenes include brandless toys (goth dolls, laser-shooting action figures); characters visit a video arcade at one point. One main character carries a hand-held TV much of the time.

An adult chugs a beer in front of a young boy, and a man in a Santa suit drinks from a flask while tending to a donation can on the street.