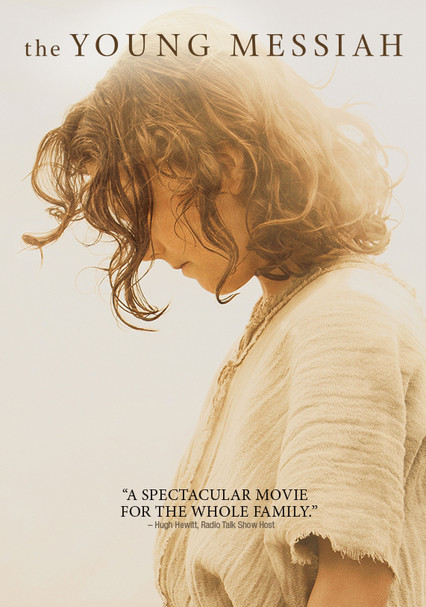 2016 PG-13 1h 51m Blu-ray / DVD
In this faith-based drama that unfolds from the perspective of a 7-year-old Jesus, Mary and Joseph leave Egypt and return with their son to Nazareth, where they realize that he's destined to change the course of history.

Parents need to know that The Young Messiah, based on the novel by Anne Rice, focuses on Jesus Christ's life as a young boy. It's set in Biblical-era Judea, and a key part of the story is the Roman soldiers' efforts to track Jesus down -- efforts that include violent (albeit fairly bloodless) clashes, with sword fights, slashing, and death; it's also implied that soldiers are hunting down (and killing) male babies. There are also several crucifixion sequences that show dying victims writhing in agony, as well as some who've already died. Characters drink wine at festive events, some of them quite raucous, though there's no swearing or sex (apart from some scantily clad women, that is). While it's not a gentle story, it does have strong messages about the importance of faith.

A couple of scenes include scantily clad dancing girls.

Several scenes show Roman centurions taking on bandits, with sword fights, slashing, and deaths, though there's not much blood. Other sequences include people being crucified and writhing in agony, including a long shot of a road lined with crosses stretching on for miles, each holding a dead or dying person. It's implied that soldiers are hunting down (and killing) male babies.

The times when you're most tempted to lose hope are exactly when you most need to maintain your conviction and, if applicable, faith.

Some characters drink wine, including a few scenes that show raucous partying.