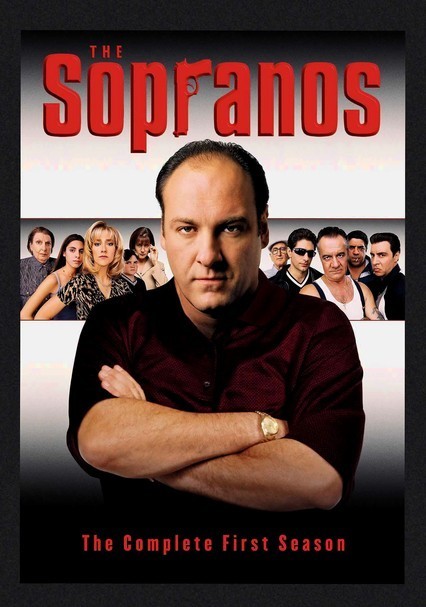 1999 TV-MA 4 discs
Modern-day New Jersey mob boss Tony Soprano (James Gandolfini) brings an element of humanity to the "family" in this Emmy Award-winning series from HBO, as Tony turns to a psychiatrist (Lorraine Bracco) to come to terms with the effect of his job's brutality on his life. As the Feds crack down and the tension within the organization rises, Tony's wife (Edie Falco) and two kids have expectations of leading a normal life.

Parents need to know that this Emmy-winning adult mob drama is both realistic and violent. The edgy HBO series makes murder and assault just part of the landscape and makes heroes out of criminals. Some beatings are hard to watch, and the petty infighting between these mid-level wiseguys is anything but honorable. Older teens may well have heard of the show, but it's definitely meant for adults. (Note: The edited episodes running on basic cable do away with much of the swearing and nudity.)

Almost every episode features scenes with sex and nudity.

Violence is common and graphic. Some scenes are quite explicit; the matter-of-fact way these wiseguys go about their business makes the beatings and killings seem even more chilling.

The mafia characters' language is incredibly foul. Sometimes it seems like every other word in a sentence would be banned on commercial television.

There's no easy message/take-away here. The show offers a complex look at issues related to family relationships and life inside the mob. Little of what occurs is clearly black-and-white; there are always shades of gray. Characters value their families, but they also coldy commit murder.

One of the main characters is fighting a heroin habit, and some scenes clearly show him using. Most characters drink, ranging from wine with a meal to unpleasant benders, which often lead to violence. Some underage drinking as well.