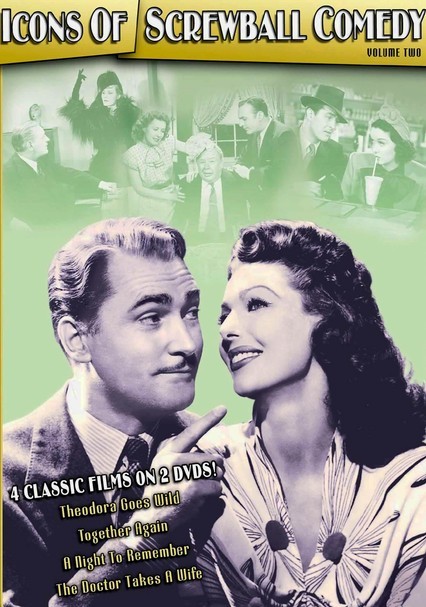 1936 NR 3h 13m DVD
Five-time Oscar nominee Irene Dunne headlines this screwball comedy double bill alongside a cast of Hollywood heavyweights, including Melvyn Douglas and frequent collaborator Charles Boyer. In the first film, Dunne stars as a prim schoolteacher who writes a steamy novel that sends shockwaves through her small town. In the second, Dunne plays a widow who falls for an eccentric artist (Boyer) hired to fashion a statue of her late husband.