They Live by Night / Side Street 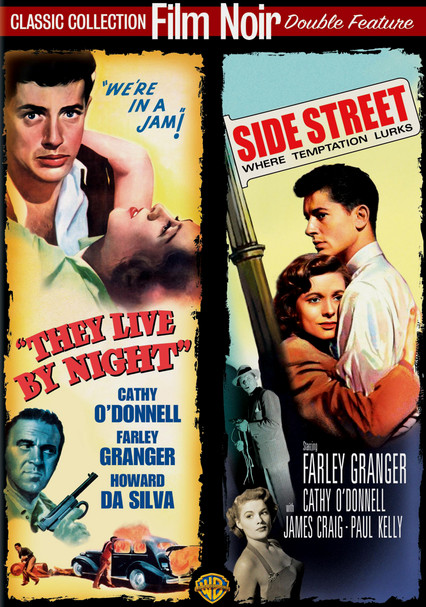 They Live by Night / Side Street

1948 NR 2h 58m DVD
Farley Granger and Cathy O'Donnell share the screen in these two crime capers set in New York City. In They Live By Night (based on Edward Anderson's Thieves Like Us), the pair, known as Bowie and Keechie, is a precursor to Bonnie and Clyde as they run from the law. In Side Street, a postman (Granger) steals money to help care for his pregnant wife (O'Donnell), but his petty crime snowballs into a matter of life and death.