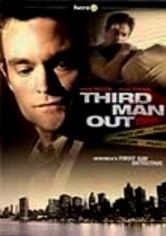 2005 NR 1h 50m DVD
Private eye Donald Strachey (Chad Allen) is tasked with safeguarding gay community activist John Rutka (Jack Wetherall) after he receives threats in this made-for-television thriller. But Strachey comes to believe Rutka fabricated the report. In reaction, the gumshoe deserts his post and Rutka ends up dead, leaving behind foes for Strachey to investigate. This is the first adaptation of Richard Stevenson's series of gay-themed mystery novels.