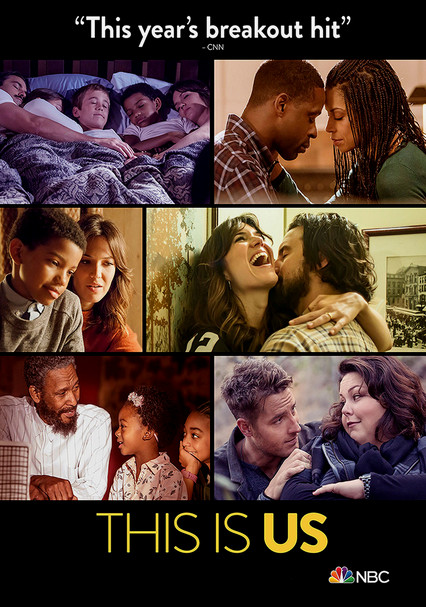 2016 TV-14 3 seasons
In this engrossing ensemble drama, a group of seemingly unconnected people -- who happen to share the same birthday -- finds their lives intersecting and entwining in unpredictable ways.

Whether by fate or design, a group of people with the same birthday -- including a discontented TV star and a couple expecting triplets -- sees their lives begin to intersect. Ostensibly unconnected, they have more in common than they know.

In the hit drama's sophomore season, Jack and Rebecca's future is uncertain, while the three Pearson offspring -- Kate, Kevin and Randall -- make decisions that will alter the course of their lives.

This season looks back to the beginning of Jack's mortal journey -- particularly his searing experiences in the Vietnam War and the loss of his brother -- to shed light on the trauma that shaped him.