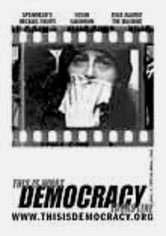 2000 NR 1h 8m DVD
Narrated by Susan Sarandon and Michael Franti, this powerful documentary recounts the story of more than 100 activists who gathered to promote economic justice and turned cameras on police during the 1999 World Trade Organization summit in Seattle. During a days-long massive demonstration, violent clashes with the cops were broadcast by news outlets around the world as the protestors shut down the WTO.