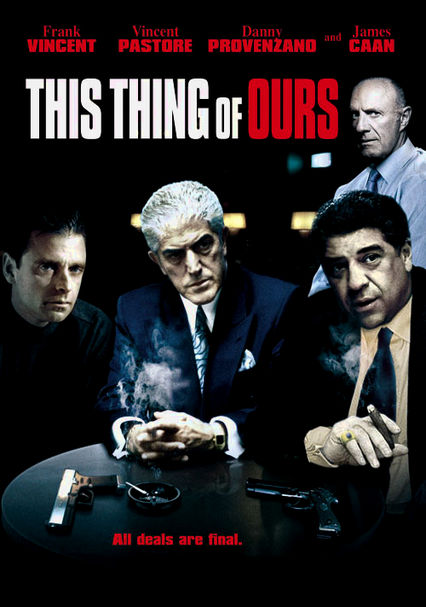 2003 UR 1h 40m DVD
This may be his first feature film, but Danny Provenzano knows something about directing a mobster movie -- after all, his great uncle is on the short list of suspects in Jimmy Hoffa's murder. Teaming with tough-talking screen veterans James Caan, Vincent Pastore and Frank Vincent, Provenzano plays Nick Santini, a gangster on the rise who urges his superiors to embrace the 21st century by using computers to steal millions.