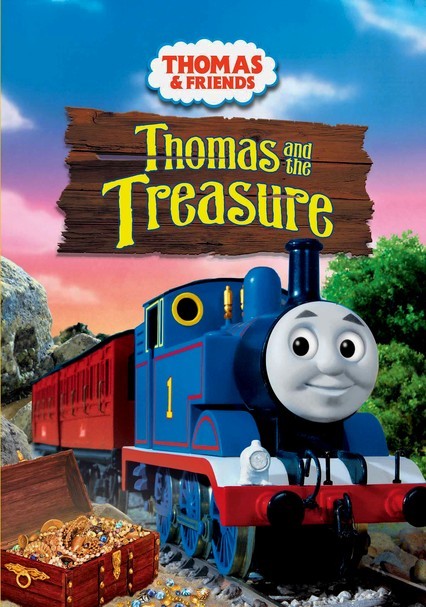 2007 NR 0h 50m DVD
There's buried treasure on the Island of Sodor, and Thomas the Tank Engine is determined to find it -- and that's just one adventure in this collection of episodes selected from the popular PBS children's series based on books by W.V. Awdry. Two other featured tales find a new diesel engine named Dennis wreaking havoc and causing mischief, and Henry trying to prove to the others that he's the strongest engine on the island.