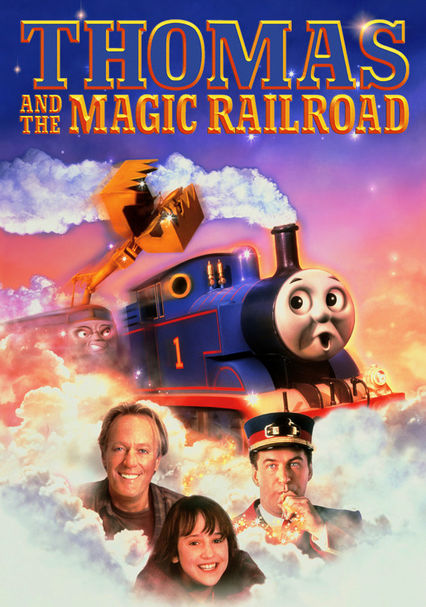 2000 G 1h 25m DVD
Thomas and friends ride onto the big screen in this feature film based on the series "Thomas the Tank Engine" and "Shining Time Station." The villainous engine Diesel 10 has come to Sodor, and he's stirring up plenty of trouble for its residents.

Parents need to know that Thomas and the Magic Railroad is a wholesome train movie for the entire family. However, younger and more sensitive viewers might be scared of the mean diesel trains, and there is one scene where one of the good trains is nearly pushed into a fiery furnace. But like the other films in the Thomas series, it's clearly intended for younger viewers, especially those who like trains. For parents, this is probably the only time anyone will get to see Peter Fonda and Alec Baldwin working together.

A conductor is thrown from a bad diesel train up in the air and many feet away, but he lands safely on sandbags. A good train is nearly pushed into a furnace by a bad train, with an assistant conductor riding on top.

With the power of belief, in yourself and those around you, it is possible to accomplish many great things.

Inherent tie-in to the TV show Thomas the Tank Engine & Friends and the many Thomas products, games, apps, toys, etc.