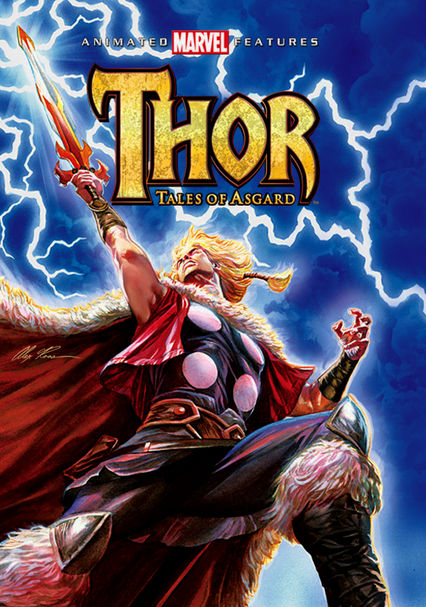 Parents need to know that Thor: Tales of Asgard is an animated feature from 2011 in which a young Thor goes on his first adventures and must learn to balance his desire to prove himself with his youthful inexperience. There is frequent fantasy-style violence in the form of sword fighting, bow-and-arrow use, as well as axes and fire. There's also some sexual innuendo: The leader of a tribe of all-female warriors tells a new recruit that "men are good for only one thing." This tribe also is shown shooting arrows at dummies made to look like men; one of these dummies gets hit in the crotch region with an arrow. There's some drinking, as "The Warriors Three" are constantly shown hoisting steins and guzzling ale. All these factors make this best for older tweens and up.

One of a group called "The Warriors Three" is constantly seen flirting with women. There's also some sexual innuendo: The leader of a tribe of all-female warriors tells a new recruit that "men are good for only one thing."

Frequent fantasy-style violence. Sword fights, battles with axes, bows and arrows, and shooting flames. A tribe of female warriors is shown taking bow and arrow practice. They shoot at dummies designed to look like men; one of the women deliberately shoots one of these dummies in the groin region.

Although much of this animated feature is firmly in the fantasy realm, lessons of honesty are shown, and the difficulties of coming of age, even for gods, are discussed.

Some characters are shown drinking inside a tavern. They also stand in the middle of a town square while hoisting steins filled with ale as they brag of their exploits.