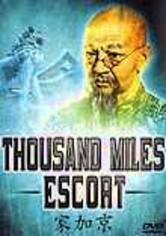 1976 NR 1h 21m DVD
During the South Sung Dynasty (renowned for widespread corruption and murder), the peasants led a very difficult life. Lords controlled the countryside continuously, battling each other for power. This film depicts the many brutal realities of China during that epoch -- and shows how one man refused to compromise his integrity and pride despite intense hardship.