Three Days of the Condor 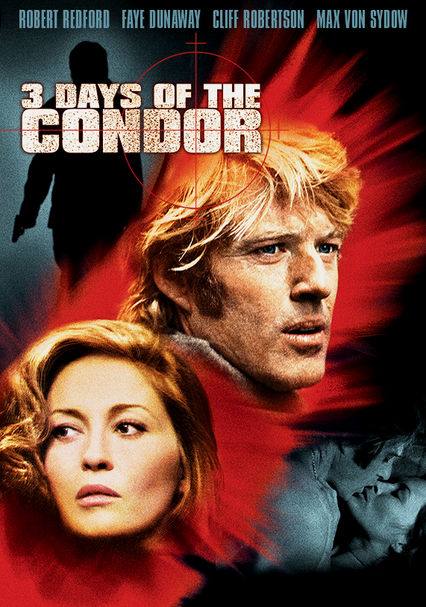 Three Days of the Condor

1975 R 1h 57m Blu-ray / DVD
Robert Redford stars as Joe Turner, a New York-based CIA researcher who returns from lunch to find all his co-workers murdered. In the next 72 hours, everyone Turner trusts will try to kill him, in this conspiracy thriller by director Sydney Pollack. Double-crossed and forced to go underground, Turner kidnaps a young woman (Faye Dunaway) and holds her hostage as he unravels the mystery. Max von Sydow and Cliff Robertson co-star.