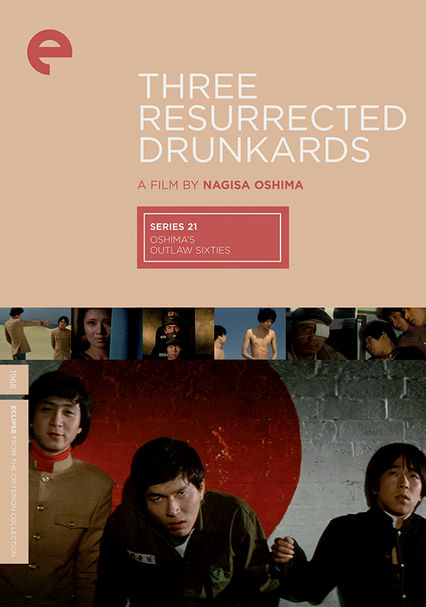 1968 NR 1h 20m DVD
When their clothes are stolen and mysteriously replaced by Korean military uniforms while they cavort in the ocean, three Japanese school pals find themselves mistaken for illegal immigrants by hyper-patriotic Japanese government officials. As they try to prove their citizenship, the friends face absurd racist attitudes that pervade Japanese society. This comedy from director Nagisa Ôshima stars Norihiko Hashida, Kazuhiko Kato and Osamu Kitayama.