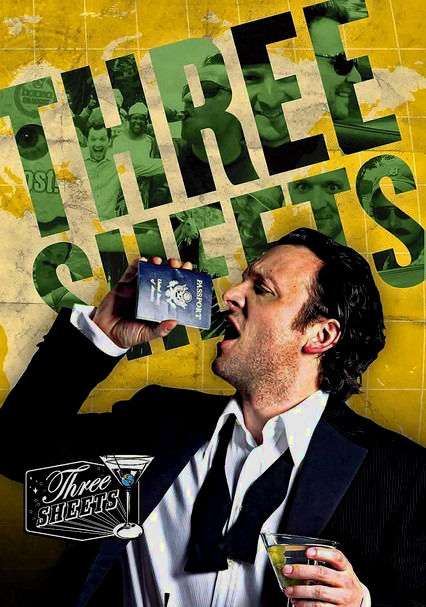 2006 NR 2 seasons
Armed with a thirst for adventure -- and the perfect libation -- comedian Zane Lamprey scours the planet on an alcohol-themed travel bender that finds him sampling spirits in Hong Kong, Belgium, Chile and a host of other exotic locales. With each new stop, he sheds light on the locals' little-known drinking customs, inspiring viewers at home to expand their horizons when it comes to ordering cocktails.

Host Zane Lamprey is back for another season of this alcohol-infused travelogue series that chronicles the comedian's journeys around the globe in search of the world's most unique, exotic and potent libations. Join Zane as he runs up a gigantic bar tab and makes notable stops in Chile, Rio de Janeiro, Portugal, Hong Kong, Las Vegas, Gibraltar, Denmark, Saigon, Argentina, Barcelona, Scotland and beyond.

Globe-trotting tippler Zane Lamprey ventures far and wide in another season of the popular travelogue series, dedicated as always to discovering -- and sampling -- the world's most exotic alcoholic beverages. Zane's far-flung destinations include Lithuania, New Zealand, Hawaii, Namibia, South Africa, Poland, Barbados, Italy and Tanzania -- where he bravely takes on the "bee brew" favored by the Masai people.

Parents need to know that this reality travelogue's primary focus is on how different cultures consume alcohol, and often features over consumption of alcohol, like beer chugging contests. Some viewers use the show to participate in a drinking game, where certain images or incidents denote when viewers should drink. The show does have some redeeming value, as it explores various world cultures and their eating and drinking habits.

With a focus specifically on drinking, the show sends a strong message that drinking to excess is okay. At the same time, there is informative material that delves into the cultural and historical origins of many of the drinks and regions, so the show is not without educational value.

As the host travels the world sampling beverages, there is occasional mention of specific products available in each locality -- Guinness beer, for example.

The entire premise of the show is built on experiencing alcoholic beverages in cities around the world. Drinking sessions are frequently depicted as extending beyond the limits of social drinking -- beer chugging contests, for example. Occasional smoking in crowds in bars.