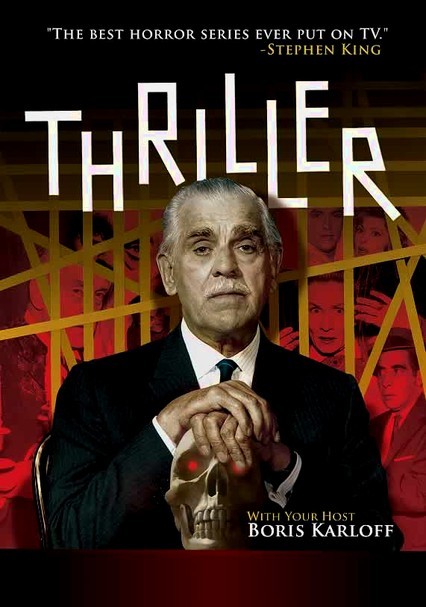 1960 NR 2 seasons
The legendary Boris Karloff serves as host for this vintage television series, which began as an anthology of crime dramas and mysteries but later morphed into chilling tales of the supernatural and gothic horror. With episodes based on novels and short stories, the show features a roster of guests ranging from big-screen veterans such as John Carradine and Mary Astor to soon-to-be-stars such as Cloris Leachman and William Shatner.

Hosted by famed fright master Boris Karloff, this anthology series showcases chilling tales of the macabre and suspenseful thrillers that expose everything from sinister secrets and terrible tragedies to grisly murders and paranormal activity. Season 1 highlights include a phony psychic having real insights into the future, a desperate man hiring a serial killer and an inventor creating glasses that see the truth.