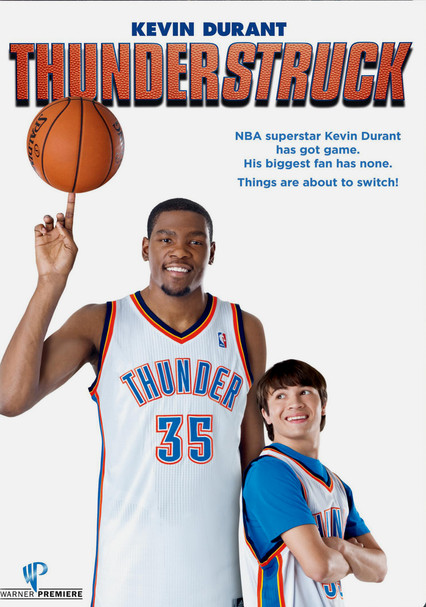 Parents need to know that Thunderstruck, a family-targeted sports comedy about two people who swap basketball talents, follows a pretty cliched formula. But there's nothing too worrisome, content-wise, aside from occasional mild language ("hell," "damn," "crap," "pissed") and a good bit of commercialism when it comes to the NBA, Oklahoma City Thunder, and Nike. Young kids who love basketball -- and particularly star player Kevin Durant -- will learn a bit about the game and the player.

Mentions that a girl is hot; Brian has a crush on the new girl in school.

Some comic pratfalls when Brian first attempts to dunk (he comically hurts himself in the crotch) and other basketball stunts.

The overall message is that talent should be cultivated and not taken advantage of -- but it's also not something to use as an excuse to treat others differently.

The Oklahoma City Thunder gets a huge spotlight, since that's the NBA team that Kevin Durant plays for off-screen. Nike is also heavily featured, since Durant shoots a sneaker commercial during the movie. Other brands include BMW and YouTube. ESPN and TNT are also shown, with stars Ernie Johnson, Charles Barkley, Shaquille O'Neal, and Kenny Smith.