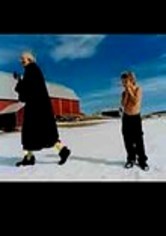 2006 NR 1h 10m DVD
Profiling shutterbug Tierney Gearon -- who stirred controversy and made headlines in 2001 with her London exhibit "I Am a Camera" -- this compelling documentary follows her on a three-year odyssey as she trains her lens on her schizophrenic mother. In the process of completing her new project, Gearon experiences a catharsis of sorts as she makes the connection between her photographic work, family dynamics and her mother's mental illness.