Time Out With Britney Spears 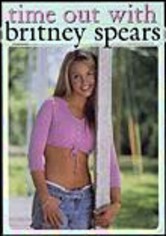 Time Out With Britney Spears

1999 NR 1h 0m DVD
Made after Britney Spears's first hit album, "Baby, One More Time," this film examines the singer's rise to stardom. The first section, "Growing Up," chronicles Britney's childhood and her brief stint on the "Mickey Mouse Club." "Recording My First Album" documents the recording sessions for "Baby, One More Time." "Making Music Videos" looks behind the scenes of several shoots, while "On the Road" goes backstage on Spears's first major tour.