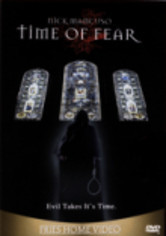 2002 NR 1h 35m DVD
To nab a serial killer on the loose in a California town, FBI agent Cheryl Hammer (Cheryl Pollak) joins forces with Jack Barone (Nick Mancuso), whose daughter was slain years earlier in a similar murder. With all clues pointing to a religious fanatic as the culprit, Cheryl and Jack enlist the aid of a priest to stop the madman -- but time may be running out for yet another young woman. Robert Walden and Lynne Marta co-star in this tense thriller.