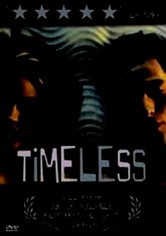 1996 NR 1h 30m DVD
Troubled teen Terry (Peter Byrne), stuck with his alcoholic father after his mother walked out on them, struggles through life as a small-time con on the mean streets of Queens, N.Y. But love eventually lifts him up. He pines for Lyrica (Melissa Duge), a low-ranking prostitute in the local sex trade, and dreams of stealing her away from her thug boyfriend (Michael Griffiths). This gritty, moving drama marked the debut of writer-director Chris Hart.