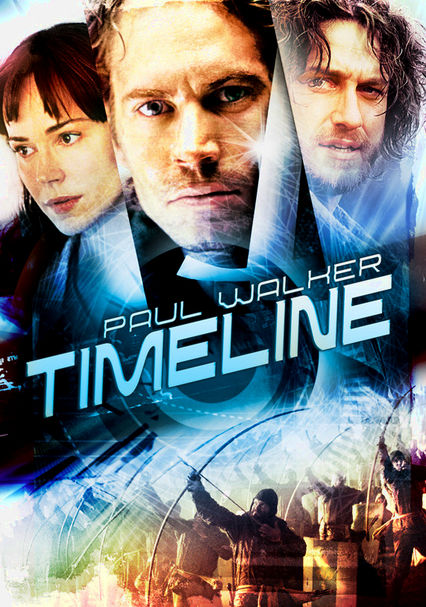 2003 PG-13 1h 56m DVD
In the near future, when a technology corporation has created a method for traveling into the past, a history professor gets trapped in 1357 France, prompting his students and son to travel back in time and face untold perils to rescue him.

Parents need to know that this movie is exactly what parents would expect of a Hollywood medieval movie, featuring swordfights and siege warfare, including burning arrows and trebuchets. Several unarmed characters are killed with swords, bow and arrow, and other weapons of the time. What is especially alarming is the casual ease with which the students take the lives of the 14th century soldiers, showing -- with one exception -- no remorse. Although this war is shown to take place at a time when violent death is all but the norm, there is little explanation of why these modern young historians embrace their role as soldiers or their side of the battlefield so easily.

Frequent battles with many injuries and deaths, characters killed. Some intense scenes.