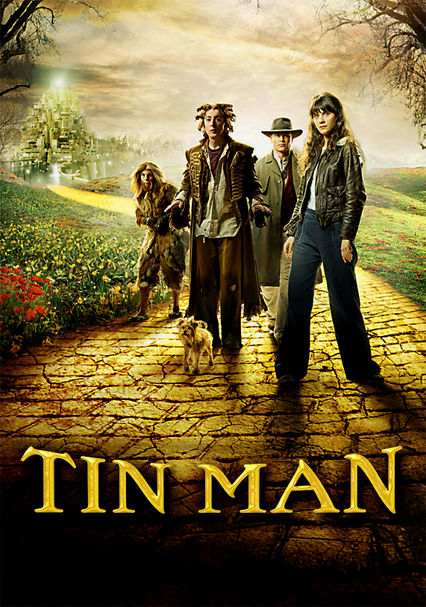 2007 NR 1 season
In this dark adaptation of L. Frank Baum's classic, Midwestern waitress Dorothy is catapulted into the dangerous territory of O.Z., where she joins a band of misfits seeking to overthrow an evil sorceress and reinstate the land's rightful ruler.

Parents need to know that this miniseries is nothing like the classic 1930s film it's based on. The Wizard of Oz was all about love and the nurturing goodness of home; here, the Outer Zone (aka "the O.Z.") is a dark, grim place where suspicion easily trumps affection. Evil sorceress Azkadellia uses force, fear, and magic to dominate the land -- her goons roam the countryside looking for rebels, and in the capital, Central City, hookers, strippers, and drunks hang out on the corners. There's some swearing ("crap," "bitch," etc.) and a fair amount of violence, but little gore. The film is dominated by an oppressive feeling of despair and gloom that could be scary for young children; even tweens might find it difficult to see that underneath the darkness is a story with a happy ending.

No sex or nudity, but Azkadellia's wardrobe is heavy on the low-cut gowns. Central City, the capital of the O.Z., seems to be a modern day Sin City, with scantily clad working girls on the corners and several theaters that appear to be strip joints.

Several fistfights, a few gunfights, and plenty of attacks by various beasts and monsters. Azkadellia's private army, the longcoats, rule through violence and intimidation and aren't above beating up women and children. A thick sense of gloom and oppression pervades much of the series.

Some swearing, including "bitch" and "crap" -- but that's about as strong as it gets.

Wicked sorceress Azkadellia rules the O.Z. through violence, intimidation, torture, and a private army of goons known as longcoats. Think of it as fascism backed by magic; the result is a country gripped by fear. Residents of the O.Z. are unwilling to trust each other and live in constant fear of Azkadellia's spies, and the series' mood is relentlessly gloomy.

One important supporting character, the Mystic Man, appears to be addicted to magical vapors, and there seems to be plenty of carousing in Central City.