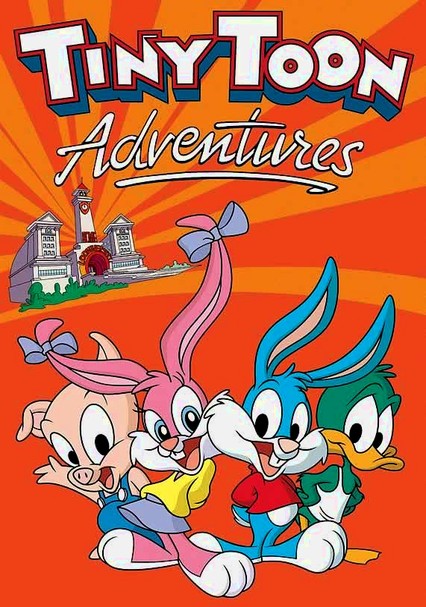 1990 TV-G 2 seasons
The lively youngest members of the Looney Tunes family, including Buster and Babs Bunny, Plucky Duck and Hamton J. Pig, study at Acme Looniversity, where they outwit obnoxious rivals and drive their wacky teachers crazy with their raucous high jinks.

Following the exploits of a new generation of animated characters, this joint effort between Warner Bros. and executive producer Steven Spielberg yielded a successful series that lasted several seasons. The show's first season continues as Plucky Duck scrambles to make a cartoon for an animation class contest set to be judged by none other than Bugs Bunny, Daffy Duck and Porky Pig. Trouble is, Plucky's 'toon is terrible.