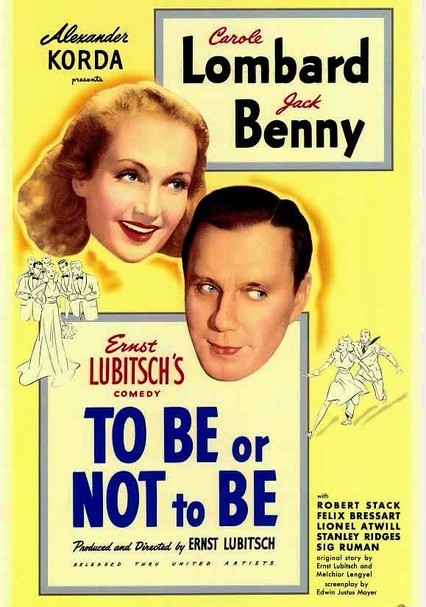 1942 NR 1h 39m DVD
This 1942 comedy manages to eke out barrels of laughs from a contentious time in history, World War II. Joseph Tura (Jack Benny) leads a ragtag band of actors in Poland who come to the aid of an American soldier (Robert Stack) who needs help carrying out his work in the Resistance efforts. But it turns out that Tura's wife (Carole Lombard) is having an affair with the military man, which severely undercuts Tura's sympathies for the soldier.